Hello, we are Purple Sports. Thank you for visiting my blog today. Today, we will introduce Fernando Torres, a striker loved by countless Liverpool fans in the 2000s, a player who made our hearts race back then and whose nickname in the league is the Beautiful Lion.

The Birth of Fernando Torres

Born on March 20, 1984, in "Fuenlabrada" a city about 30 minutes from central Madrid, Fernando Torres spent his childhood in the city with a population of only 200,000.

Torres dreamed of becoming a soccer player while watching cartoons as a child. Just as young boys often play soccer when they are young, Torres naturally gets to play soccer. Torres was already a famous star in the neighborhood because he had been good at soccer since childhood. Torres started playing soccer when he was 5 years old. Torres, who enjoyed playing soccer and was recognized, entered the league when he was seven years old.

Torres started playing soccer as a "goalkeeper" when he first started, but he changed his position to a striker at this time. After switching to striker, Torres joined the Atletico Madrid Youth Club three years later at the age of 11. In Madrid, "Real Madrid" is a well-known team, but Torres says he decided to go to the "AT Madrid" team due to his grandfather's influence.

Torres went through the youth phase and won the 1998 "NIKE Champion Cup" and no other player was better than Torres at the same age. Torres was in the spotlight as the best player of his age.

Fernando Torres first appeared in the League.
On May 27, 2001, Torres made his first league debut. Fernando Torres, who debuted at the age of 17, scored his first goal a week after his debut. Torres was in the second division, and he started making himself known by scoring seven goals in two seasons.
The following year, in 2002, Atletico was promoted to "Larry" by winning the second division, and Torres began to make his name known to the world with six goals in 36 matches. After that, Torres began to prove his worth in Lariga.
In the 2002/2003 season, Torres finished 11th in the league, but Torres scored 13 goals in 29 games. Spain's under-19 national team also won the 2002 European Championship title, winning the team's first title in seven years.
Fernando Torres was the captain of Atletico against Real Madrid in 2003 and was the decisive player in leading the team. Also, Torres was growing even more, scoring 20 goals in La Liga.
At that time, La Liga's top scorer was Ronaldo with 24 goals and Fernando Torres with second place. Torres was only 19 years old at this time. In the 2004/2005 season, Torres was selected as the national team of Spain on September 6, 2003 because he consistently performed well, although he scored fewer goals than last year with 16 goals.
Torres began to make his name known as Spain's leading striker along with legendary players such as "Raul" and "Molyentes." And until the Euro tournament, he played with number 9 and became known as the most notable rookie player in Europe along with "Huntelar." "Mezzutu Ozil"
transfer to Chelsea on the last day of the transfer market
Torres said he had a lot of records for Liverpool, but there were many complaints that he couldn't win because of poor manager and poor players. Every time Torres wanted to transfer, he eventually moved to Chelsea on January 31, 2011, on the last day of the transfer market for 89 billion won.
Torres' move to Chelsea was 10 points behind their rival Manchester United, where Torres came into the league. Torres failed to score in 15 games after moving to Chelsea and ended up scoring his first goal in 16 games. Torres in Chelsea only showed bad things and fans were very disappointed with Torres. Also, he moved to Torres for a large amount of money, but he was hated by fans for not being able to show his skills as much as Torres.
The slump in scoring 5 goals in 50 games and Torres' poor goal determination have only deepened. But Torres also had one characteristic: he was getting stronger and stronger in a strong team.
In the match against FC Barcelona alone, Torres scored eight goals in 11 matches and earned the nickname "Barsa Killer."
He then began to announce Torres' resurrection with a 946-day hat trick in the league against QPR. Expectations were high that he would be able to start the Champions League final, but he eventually turned up as a substitute, and even after the penalty shootout, then manager Dimate manager Dimateo ruled Torres out.
After that, Torres began to show even more sluggish performance, and his speed and skills were as low as in his heyday. And in the most important 1:1 chance with the golfer, Torres missed many chances.
Many fans were disappointed with him and Torres lost his confidence and didn't get any better at soccer. However, another striker was hired on behalf of Torres, and even if he didn't want to use Torres, his transfer fee was high, so no team could take him.
To take him, he has to lower his salary, but Torres says he's too greedy to lower his salary. After that, Chelsea eventually rented Torres to "AC Milan," and Milan didn't show a good side.
Eventually, Milan had to hand Torres over to the other team. Torres was then loaned to Atletico Madrid with Alessio Cerch.
Torres Back Home after 10 Years

Torres returned to his first team, and Torres proved his worth in the game. He scored just one minute into the game and scored multiple goals against Real Madrid to show Torres was home.

Atletico, Torres' previous number 9 was used by Manzukichi, but when Manzukichi moved, the number 9 returned to Torres. Torres, wearing the back number 9, later scored his 10th goal in 15 games against Barcelona and proved himself by the nickname Varsa Killer.

But that's all Torres has shown you. Torres' name came up on "Werst11" because there was no more activity. Torres showed bad things in the first half, but he started to show good things in the second half and the chances of starting the game were low, but he became stronger in important games, so Torres couldn't miss out on the match between Atletico and the strong team.

After playing on the ground for 18 years, Torres eventually retired from a small team in Japan. Fernando Torres, who has won the World Cup, Euro, Champions League, Europa, FA Cup, and so on. But he's a sad striker who hasn't won only the basic league title.

How do you remember Fernando Torres? Do you remember Torres in the 2000s when he was in his prime with red uniforms and blond hair? At that time, Torres was the player who made us fascinated by TV. This concludes Fernando Torres' explanation. Are you curious about more sports information? Welcome to 카지노사이트 from the bottom of your heart.

Let me introduce Fernando Torres, a blond nobleman, to anyone who likes soccer. Frenando Torres / https://www.planetfootball.com Hello, we ... 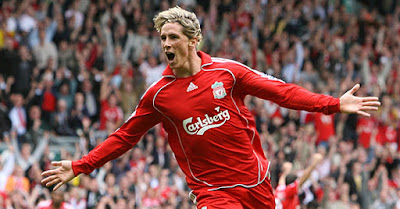